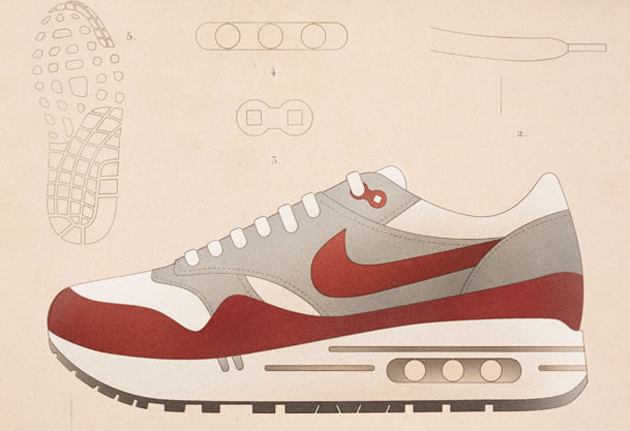 Find Nike Air Max on Amazon
Nike Air Max are considered to be one of the most popular shoe models in the world of sports footwear. But what lies behind the flip side of such popularity? The answer is great opportunities for making money by selling fake sports shoes. Let’s see how to avoid getting fooled by dishonest sellers and how to tell if the Nike Air Max shoes you are going to acquire are not brand imitation.
People have always looked for ways to buy goods at a cheaper price. Of course, getting fake Nike Air Max on purpose is a deliberate choice. We can understand that. However, this guide is intended for those who do want to learn something about the dissimilarities between a fake and the original shoes or just don’t want to be deceived by frauds. It is not, actually, devoted to some particular model. Rather, it is a universal set of rules and recommendations which should be paid attention to both before and after the purchase. So, let’s get started.

1. Be careful when choosing a shop.

When using search engines to find Nike Air Max and receiving thousands of websites on the SERP, don’t think that the first, the second or even the fifth link leads to a shop which sells 100% original footwear just because it is in the top position. If you want to buy the original shoes, just visit the shops which you trust.
Remember that the price of the original men’s Nike Air Max shoes usually starts at $80. The cheapest originals for women and kids cost about $50. Of course, shops and online retailers sometimes allow us to get Nike Air Max shoes at a discount. Sadly, it happens occasionally and those shoes are usually sale goods. A very low price should alert you because this item can easily turn out to be a fake.

The originals are always supplied in boxes and are carefully wrapped in branded paper but not in cellophane or random paper bags. You got a reply that the box won’t be sent to you due to the increased delivery cost? Then don’t take this risk since fakes sellers often use this trick. Chances are they don’t have the box.

3. Color, design and the shoes’ code.

There are some enthusiastic people (probably Nike fans) who are able to remember all the Nike Air Max color variations. One look is enough for them to determine if this is the original Nike color. Actually, you don’t have to memorize all the existing variations. Just take a peek at the shoes’ code which is written on the shoe’s label. There should be 9 digits overall. The ”6” goes first, then the “-“ sign and three more digits follow.
Before buying the item you can, actually, get the salesman to do you a small favor. Ask him to show you the photos of this code (Actually, it is often written in the item’s description.) Then type the code in the search field and compare the model’s picture with the sports shoes you are going to buy. If the shoes’ parts color is different, you are going to buy a fake item.
The sports shoes on the picture below are radically different. The fake Air Max 1 (2nd photo) has wrong color tones of the shoe’s parts.
ORIGINAL 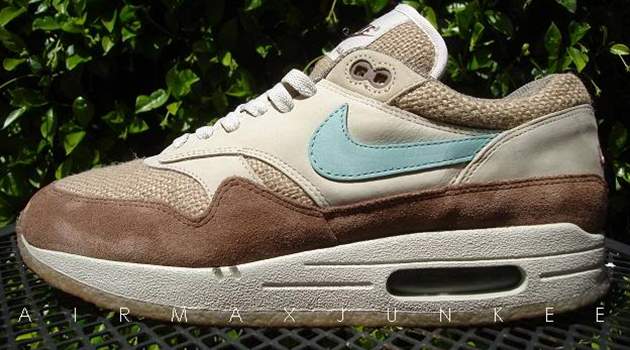 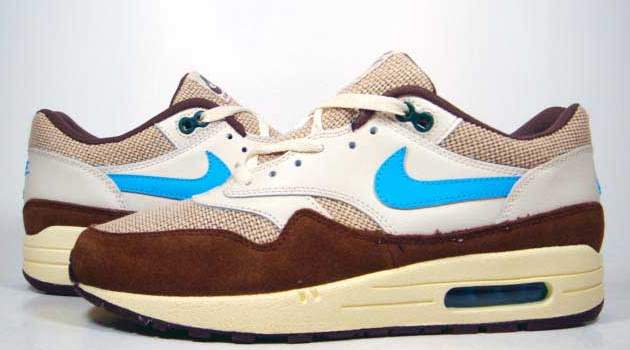 The abovementioned tips should help you to identify fake Nike Air Max shoes but it is also worth considering the following things:

If you have already bought Nike Air Max shoes but you have some doubts about their originality, use some practical tips on spotting brand imitation.

How to tell if the Nike Air Max shoes are fake after having bought them. Useful recommendations.

The original Nike Air Max shoelaces are always tailored to the shoes’ size. Fakes usually have random length shoelaces. This problem of fake sports shoes is especially conspicuous when you buy big size. The laces are too short to thread them through all the holes and tie.
The method of shoe lacing can also be a bad sign. Take a look at these fake sports shoes and the way they are laced.
A FEW EXAMPLES OF FAKE SPORTS SHOES LACING 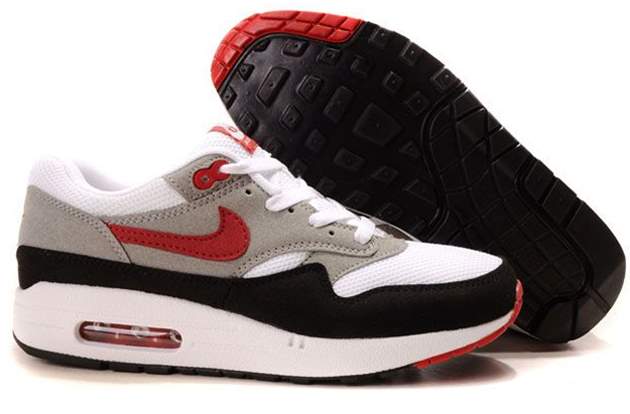 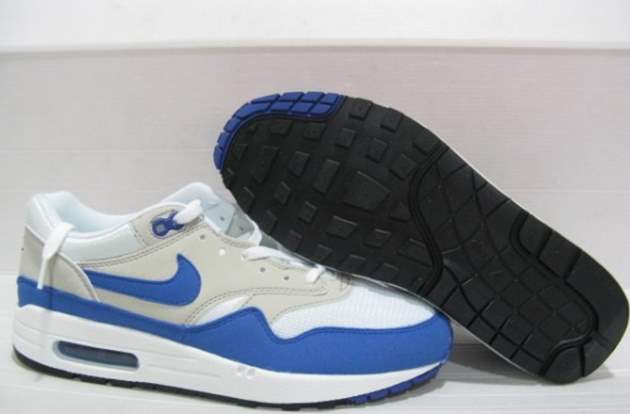 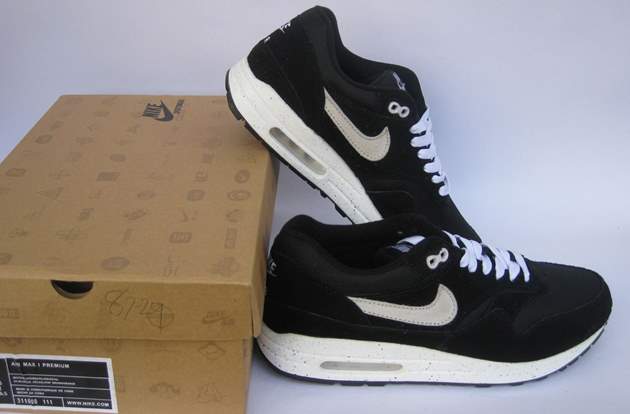 The eyelets shouldn’t protrude over the surface of the shoe body. Besides, fake Air Max sports shoes have smaller eyelets than those of the originals.
ORIGINAL 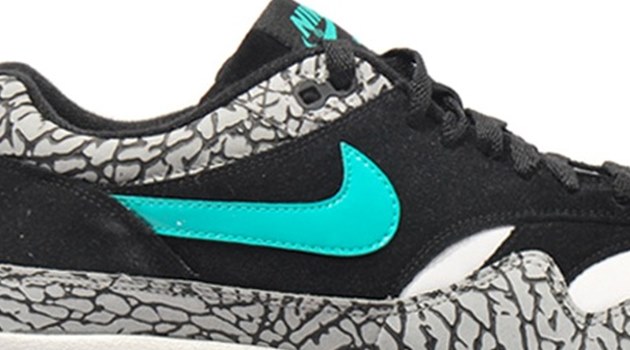 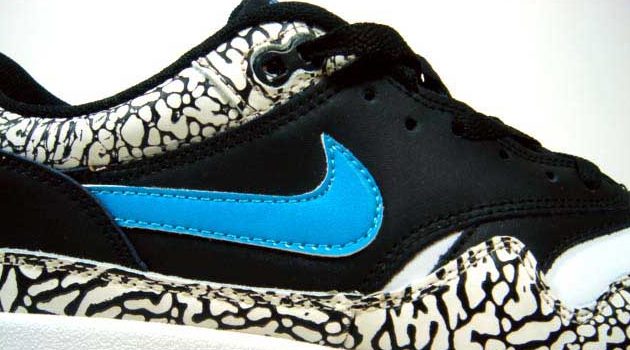 Fake Nike Air Max manufacturers often replace suede and leather parts of the shoes with the plastic and synthetic ones which resemble the original materials. Fake models are typically poorly manufactured. It can reveal itself in inaccurate logo imitation, uneven seams, a large amount of the glue used and pungent smell. What is more, the threads that are used to sew the shoes’ parts together are usually darker or lighter than the original threads.
ORIGINAL 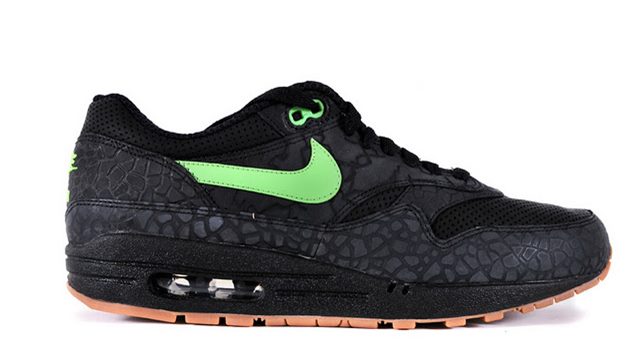 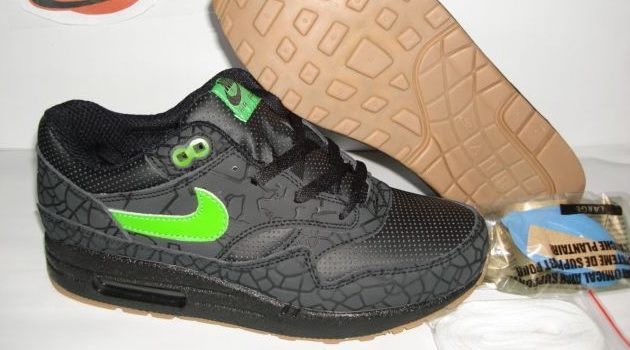 As you can see, the logo on the fake Nike Air Max is in the wrong position.

For clarity, look at the photos of the original’s and the fake’s heel counters.
ORIGINAL

They look very similar but the original has smooth letters while fake sports shoes may be left with thread tails. This reveals that the quality of the production line is poor. Nike tries to be very careful during the manufacturing process. So, if you encounter such shoes, don’t purchase them since they are obviously not original.

The label position really matters. It should be placed on the back surface of the shoe tongue. The way it looks depends on the year of the shoe manufacturer. The type shouldn’t differ from that on the photos below.
SOME PHOTOS OF THE ORIGINALS 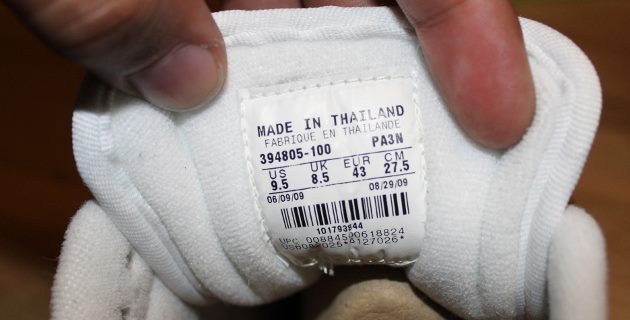 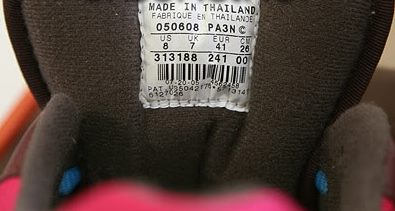 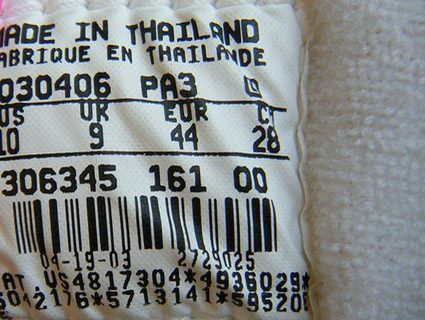 The color of the box, as well as the color of the label on it, depends on the model you buy. The majority of the newest Air Max models are sold in brown boxes with a black label (the last photo). 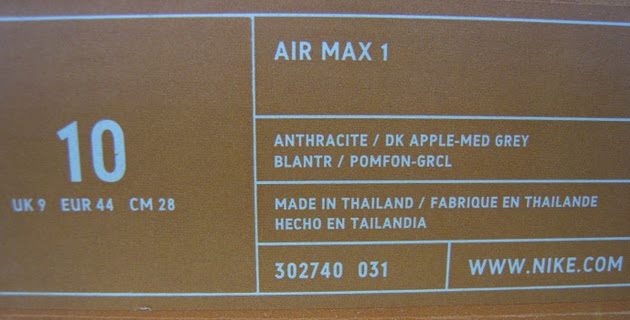 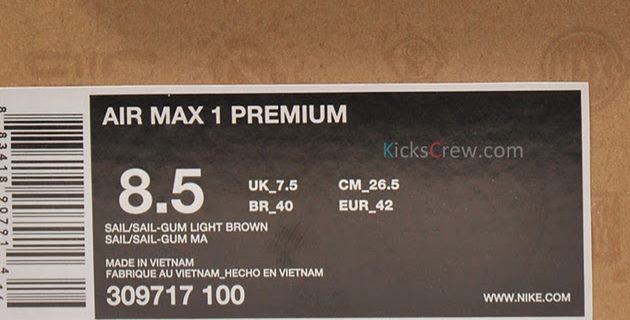 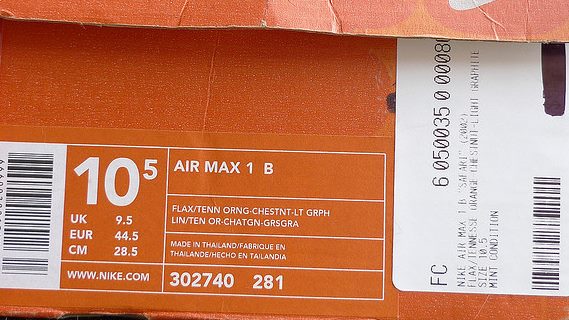 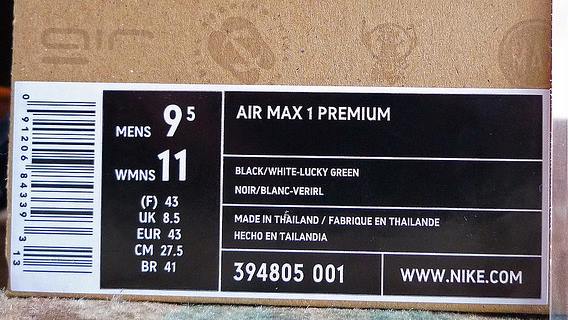 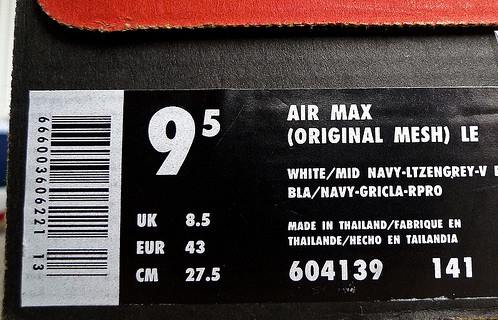 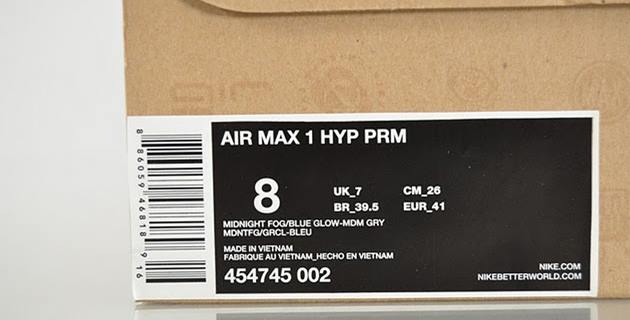 The label should bear on the bottom-left part of the box. The vast majority of Nike Air Max sports shoes are of men’s size. That’s why Nike doesn’t use the term “men’s” when giving a name to the model. In addition, if we take a look at the fake model’s photo, we can see that the label’s white rim is too thick.

Hopefully, this guide will help you to buy the originals and even avoid making deals with dishonest sellers offering fake shoe models in their shops and via the Internet.
This article was prepared with help of http://www.styles.ua, read how to spot fake Fila Sneakers.