In his 13-number Nike sneakers, Kevin Durant has yet to officially play a single game. The star of the NBA and Brooklyn Nets did not get permission from doctors to enter the court even at the restart of the regular season in Orlando, but sooner or later we will definitely see him in the new name model. 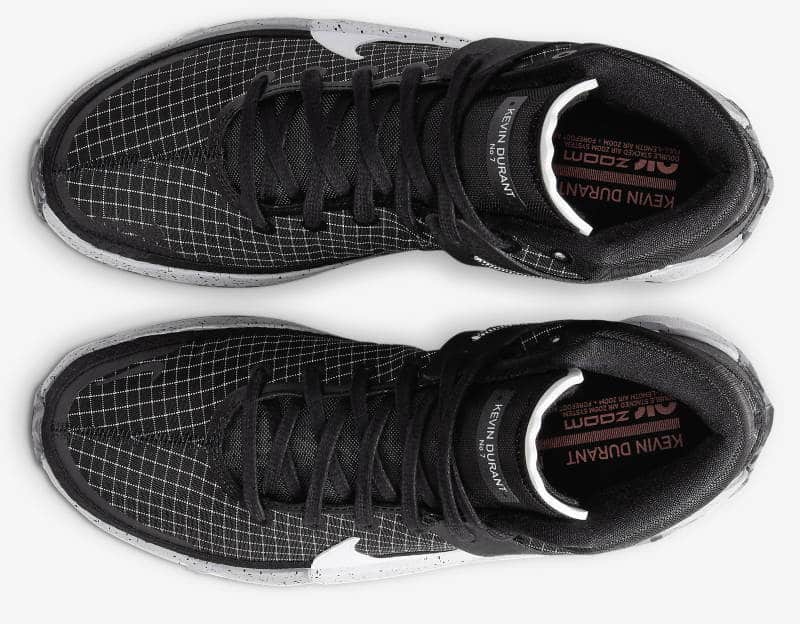 The outsole pattern has changed: while KD 12 had wavy patterns and a large number of soft grooves, KD 13 has small circles and ovals that are very similar to the Nike PG 4 and PG 3 patterns. In some places, you can even see the shock block.

Fat outsol feels the court perfectly and “grabs” it as much as possible. There are no complaints about the clutch on a clean site. On dirty ones, it will quickly become clogged and you will often have to wipe it with your palm. It is better not to play on the street – you can’t call a durable sole even with all the advantages of grip – after a few training sessions, the lamelki will start to come off.

Shock absorption is excellent! It is not radical, but has become another innovative Zoom Air cushion for the entire length of the foot, as in KD 12, still sewn to the top of the Shoe and covered will midsole, and is not on top of it — this provides an excellent repayment shock loads. The former name is Double-Stacked Zoom Air.
The unit took a different shape and became 2 times larger. To feel it, you just need to wear sneakers – about 7.3 mm thick (size 9 US) Its shape has changed, as there is more space in the front part of the foot than in the heel. Most likely, this is made specifically for Durant, since he plays more on his toes than on his heels. Accordingly, the entire load during landings and repulsions falls on the front part of the foot. 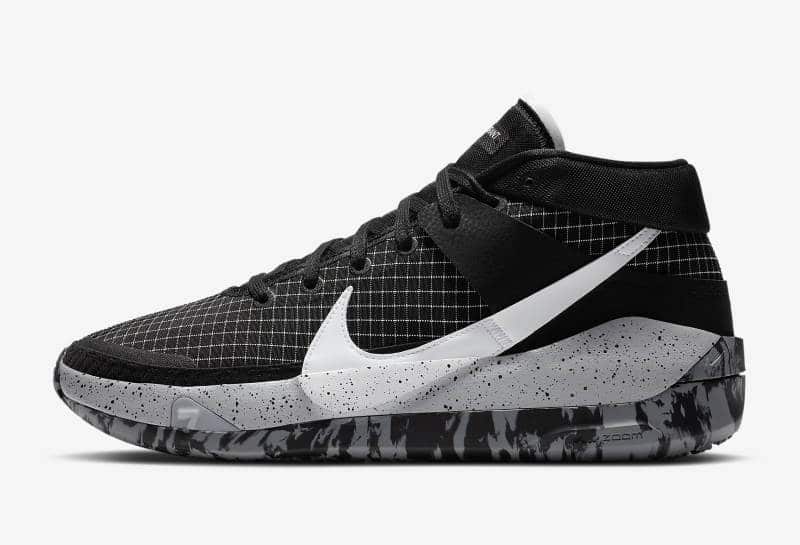 In the front part, the thickness of the midsole with the Zoom unit is 16.25 mm. In the heel, where there used to be a pillow, and now Phylon foam, the thickness without an insole is a decent 24.5 mm. But last year the same place was shown by the figures of 22.5 mm.
The cushioning properties of the sneakers are complemented by the old-fashioned full-length Phylon foam and a thick elastic foam insole: it fits snugly to the foot and seems to be a separate orthopedic option.