Asics MetaRacer was developed for the Olympic games in Tokyo, which were postponed. The model was created by triathlete Jan Frodeno, an Olympic champion and multiple world champion at various distances. In the Metaracer prototype, Yang set a distance record for the most prestigious stage of the Ironman Kona. However, even before the official release of the model, Frodeno signed a contract with Hoka One One.
Asics MetaRacer is the result of two years of work by teams in Japan and Boston. This is a carefully thought-out and original model that breaks into the category of “super marathons”. Under the FlyteFoam foam is a two-lever carbon plate. The plate starts in the middle of the sneaker and goes forward. The main foam, like the Nimbus Lite model, serves for rebound, lightness and durability. 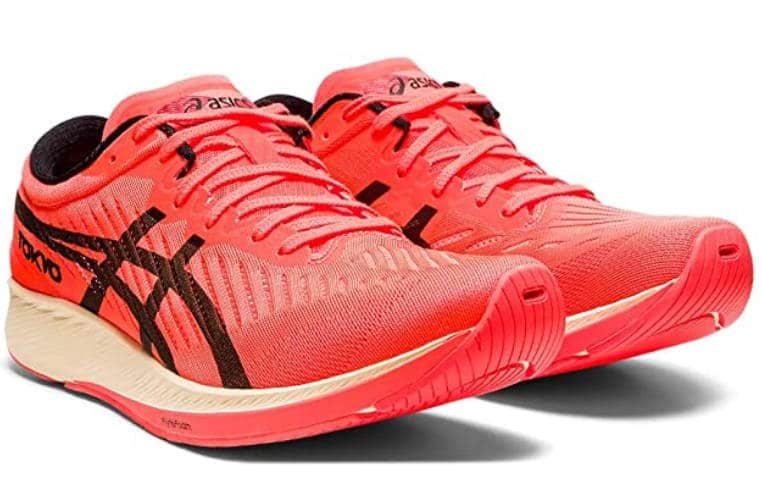 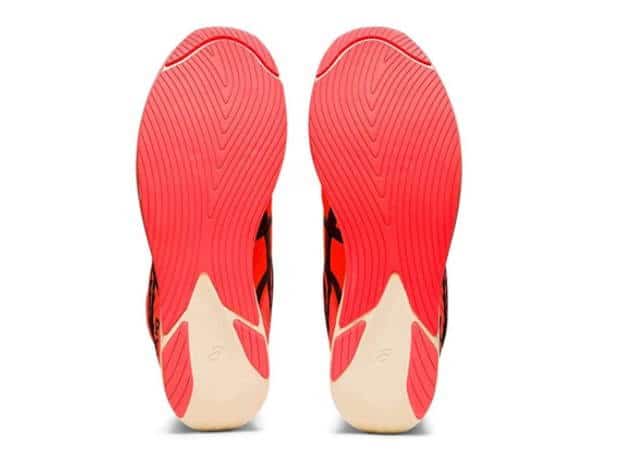 The top is made of thin, strong mesh. It breathes well and does not absorb moisture, so the sneakers will not become heavier when running in the rain. The second feature of Metaracer after the carbon plate is the front opening, which works as an air intake. Something similar Asics already used in the 60s in the Magic Runner model. For through passage of air, holes are made even on the heel.
Metaracer was made as “cooling” as possible to improve the result in hot weather. After all, they were preparing for a stifling, hot Tokyo. According to the manufacturer, good cooling of the legs can reduce the heart rate by 1-3 beats. At the marathon distance, this can give you an advantage.

In creating Metaracer, Asics used its latest developments in the MetaRide and GlideRide models. This is a Glidesole sole for smooth rolling and Flytefoam foam, which is used in all top Asics models. And most importantly, the carbon plate in order to create momentum when you push off. The developers did not copy the design of the sole of other brands. The goal was not to make the sole too thick, while maintaining good cushioning and optimal plate performance. The solution was found – the plate was placed at the very bottom of the sole between the tread and the foam. The plate is located in the front of the sneaker from about the middle of the foot to the toes. On the official model, the plate is hidden in the sole, its location can be seen on the prototype.
The plate works noticeably at high speeds – the higher the pace, the more effective the repulsion. They are not intended for slow crosses.
The Asics Grip protector is made of Wet Grip rubber, which covers almost the entire sole. In racing running shoes, there has been a trend towards minimal use of the outsole to reduce weight. Asics did something different: reduced the weight with a thinner layer of foam, but used a full-fledged sole, which will increase the model’s life.
To sum up, we can say that at the moment MetaRacer is the most technologically advanced competitive Asics model. A strong competitor to the popular Nike Vaporfly. Even using a carbon plate, Asics remained true to its classic design and did not use a large, thick sole. Asics MetaRacer is a cross between classic “marathons” with thin soles and new technological models with carbon fiber. Sneakers are suitable for those who want to get the advantage of a carbon plate and maintain the “surface feeling” without a super-thick sole. A lot of attention was paid to running in wet conditions. According to all reviews, sneakers perfectly cling to wet asphalt, and the mesh does not absorb moisture.